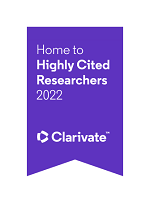 Prof. Pretzsch (b. 1957) explores growth regularities of pure and mixed forest stands from organ to stand level. In particular, he examines growth reactions under stress conditions and integrates the processes and structures he uncovers into dynamic system overview models. An important source of data for his research comes from the network of long-term forest study sites in Bavaria. These have been monitored since 1860 and Prof. Pretzsch is currently overseeing the work.

Prof. Pretzsch studied forest science and biostatistics at Munich’s Ludwig Maximilian University (LMU) and Albert Ludwig University in Freiburg. He obtained his doctorate in forest science at LMU in 1985, followed by a period as a research assistant. From 1992 to 1994, he was Head of Forest Growth at the North-West Germany Forest Research Center (NW-FVA) in Göttingen. He completed his lecturer qualification in forest growth, biometry and modeling in 1992. Since 1994, Prof. Pretzsch has been Director of the Chair of Forest Yield Science, initially at LMU and since 1999 at TUM.